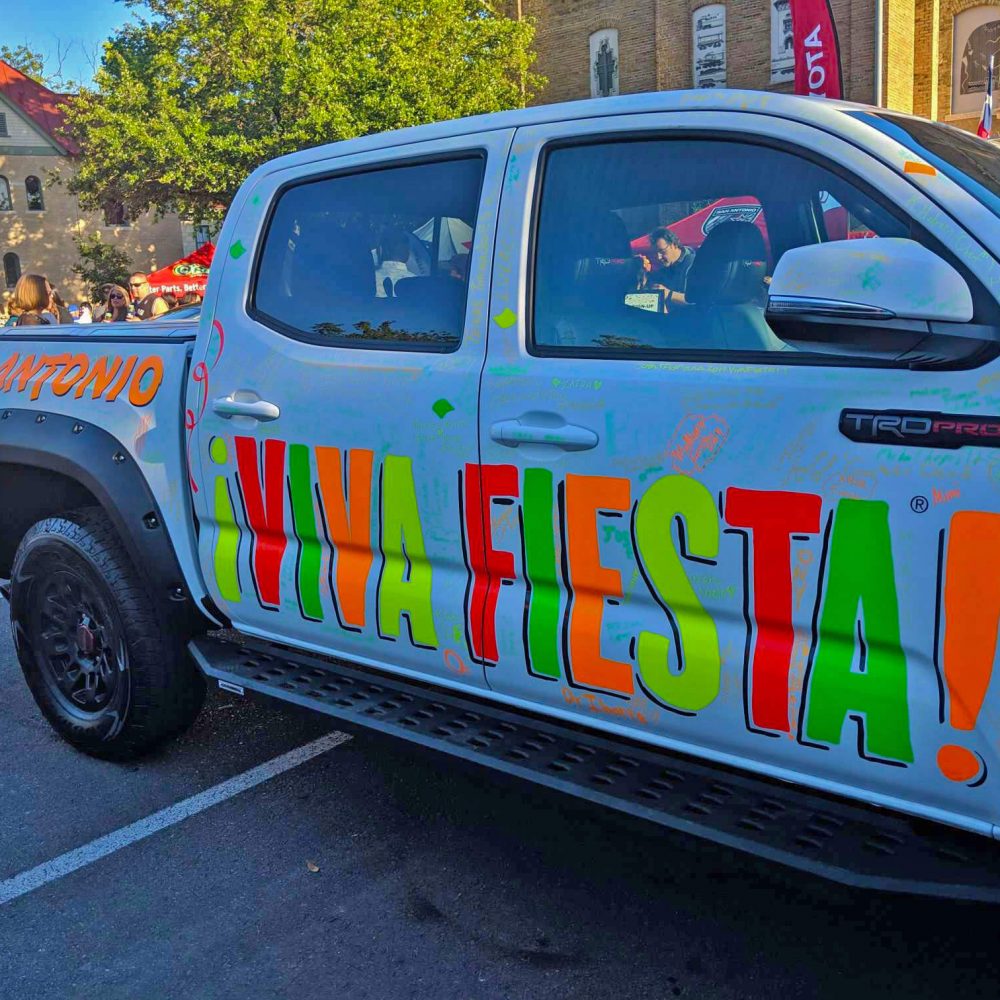 Fiesta is a celebration that has a much deeper meaning than most of us understand. Learn all about this time-honored tradition here.

Wouldn’t learning be a lot more fun if it was a party?

When it comes to Fiesta, you’re doing more than having a great time. You’re actually learning about the culture and diversity of the entire region?

Are you wondering “what is Fiesta” and “what can I learn from it?” Keep reading to discover the answers! Understand why it’s a party with a purpose!

“Fiesta” is the shortened name of “Fiesta San Antonio.” As the name implies, this is a major festival that is held in San Antonio each year.

The festival has an extreme impact on the local economy. Over three million people help the city to rake in over $340 million each year during Fiesta.

The Fiesta celebration is older than many people think, with a tradition stretching back to 1891. And it has its roots in one of the most iconic locations in Texas: the Alamo.

Even in 1890, those who died at the Alamo had become legends throughout Texas. That’s why people in 1891 decided to honor those who had fought at both the Alamo and the Battle of San Jacinto.

They named this initial event The Battle of the Flowers. It was basically a huge parade designed to honor the heroes of the Alamo with floats, flowers, and horse-drawn carriages.

This first celebration was planned entirely by the women of the area, but it would soon become a regular celebration put together by a mixture of local citizens.

Birth of a Tradition

To put it mildly, the Battle of the Flowers was a smash success. And this led to repeat events in subsequent years, with most of them occurring on or around April 21st.

These events would help expand what we would eventually know as the Fiesta celebration. Pretty soon, added events included everything from children’s parties to ornate dances. And, of course, plenty of chances for local artists to show off their skills.

This was also the beginning of the Fiesta royalty tradition. This involved various participants being symbolically crowned as Fiesta royalty, and that tradition continues to this very day.

One example of the chosen royalty includes the queen and her court (typically over two dozen people). Soon, there was a need for an official organization to help with crowning these royal women.

That’s where John Carrington comes in. He helped found the Order of the Alamo, and this organization meets once per year to determine the new queen and her court.

The Order of the Alamo began in 1909 and has proven highly influential over the years. And the organization serves as a reminder of just how seriously the local area takes everything that has anything to do with Fiesta.

The Fiesta royalty was not limited to the queen and her court. There was also a need to select a corresponding king of the celebration.

Early kings typically had names meant to evoke local crops (such as “King Cotton”) or names that were simply other words spelled backwards (such as “King Omala” and “King Selamat”). Eventually, though, this process got a little more serious.

John Carrington intervened once again and helped create the organization known as the Texas Cavaliers. They were charged with selecting the king of Fiesta each year.

In this way, there was a kind of balance: no one organization is responsible for selecting all of the Fiesta royalty!

In many ways, the Alamo was the beginning of the entire Fiesta celebration. It was only a matter of time before the celebration eventually returned to the Alamo in a powerful way.

Starting in 1925, the Daughters of the Republic of Texas began a pilgrimage to the Alamo that corresponded with Fiesta. However, the mood of this pilgrimage and the mood of Fiesta are actually quite different.

While Fiesta has a wild party atmosphere, the pilgrimage is a silent and solemn walk to the Alamo. The only sound typically comes from an announcer reading the names of the Heroes of the Alamo as well as from the memorial service that concludes the pilgrimage.

On a happier note, though, the royalty of Fiesta soon saw fit to expand the scope of their celebration. King Antonio kicked off a River Parade tradition that continues to this day, serving as a great symbol for an event that was getting too big to be contained to the streets.

There are other major parade events that include the Fiesta Flambeau parade. This event includes Boy Scouts bearing flares and riding on floats that light up.

All in all, these various parades are a fitting continuation of an event that started out so many years ago with one giant parade.

A Tale of Two Kings

As much as locals love the tradition of Fiesta royalty, there is undeniable classism that hovers over it. The rich and powerful select rich and powerful colleagues to serve as symbolic royalty over local citizens.

Perhaps this is why the citizens started selecting royalty of their very own. Beginning in 1947, the citizens selected a King El Rey Feo.

This royalty is a literal man of the people, and he became popular enough to become an official Fiesta tradition back in 1980. To further cement the “man of the people” status, anyone vying for this title must help to raise money for college scholarships that support locals.

To outsiders, it may seem like these two kings were destined to clash with one another. After all, what could be a different outcome when it comes to nobility vs. peasantry?

Fortunately, the exact opposite happened. Having two kings showed that everyone had an equal voice in the Fiesta celebration, and the kings now only “compete” by seeing who can perform more public service than the other!

Now you know the answer to “what is Fiesta.” But do you know how you’ll remember this amazing event?

At Fiesta Medal, we specialize in creating one-of-a-kind medals to commemorate each celebration. To see what we can do for you and your entire group, check out our Fiesta Medal Specials today!